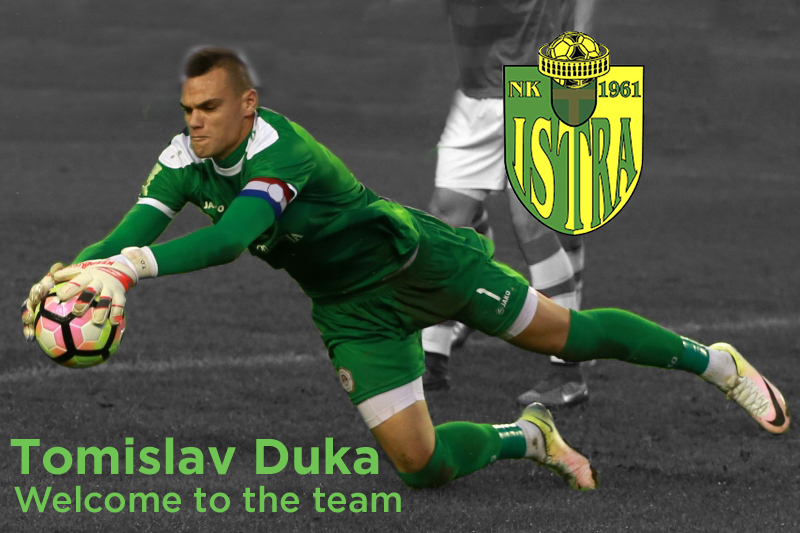 Tomislav Duka is the new player of Istra 1961.

The second part of the season comes with a boost – goalkeeper Tomislav Duka will join the first team!

Tomislav has played for Hajduk Split for the last two seasons. In his football career, he played for RNA Split and Romanian Cluj.