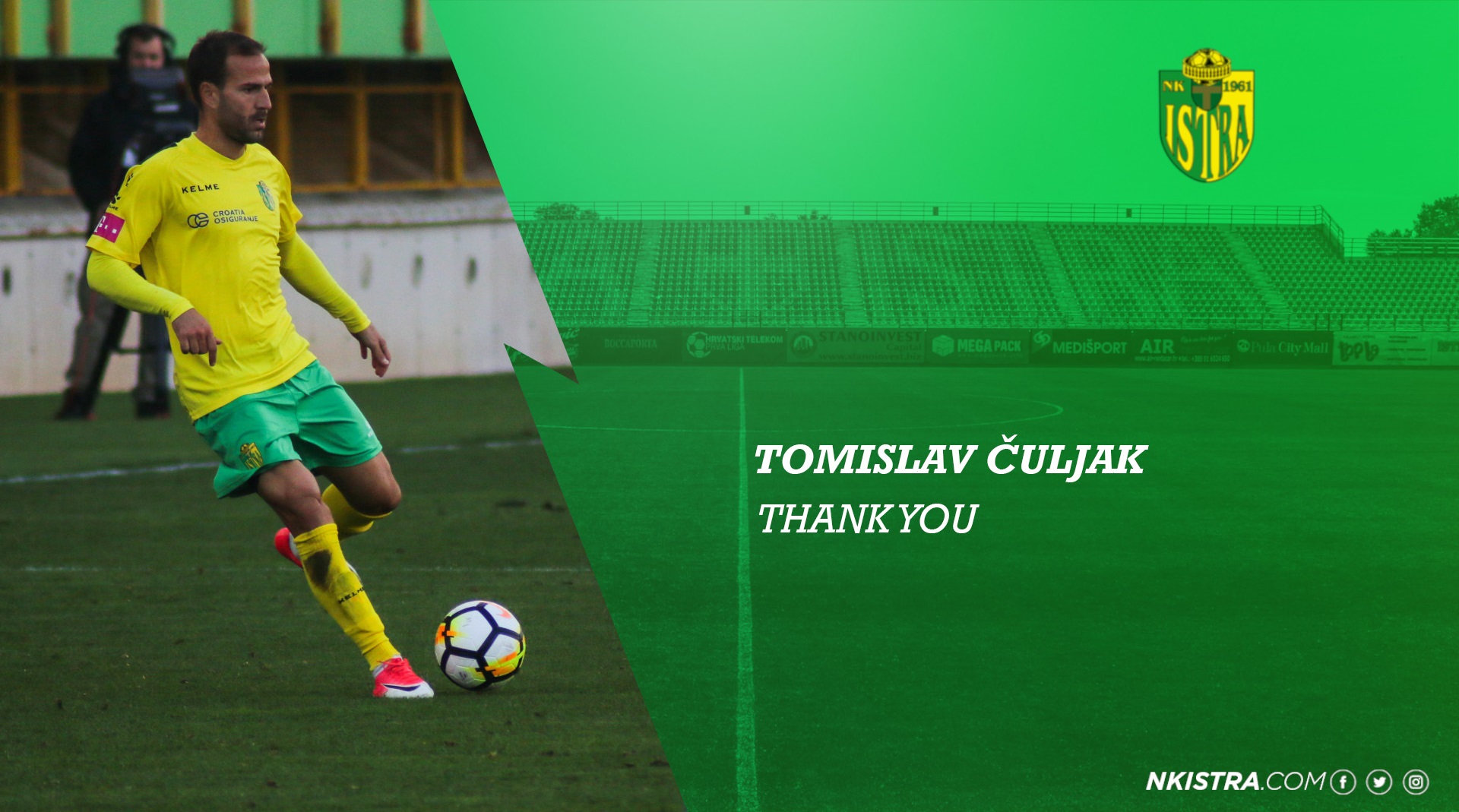 After 2 years of compromise and hard work, the contract between Tomislav Culjak and NK Istra 1961 has reached its end.

He played in NK Istra 1961 from August 7, 2017. Most of his career player spent in Cibalia (Vinkovci) and he also played in Hrvatski Dragovoljac, Zadar, Sibenik and Osijek.

During his career in Istra, he played over 35 games.

From NK Istra 1961 we want to thank “Cuki” for his compromise and professionalism, and hope to meet our ways in an early future.