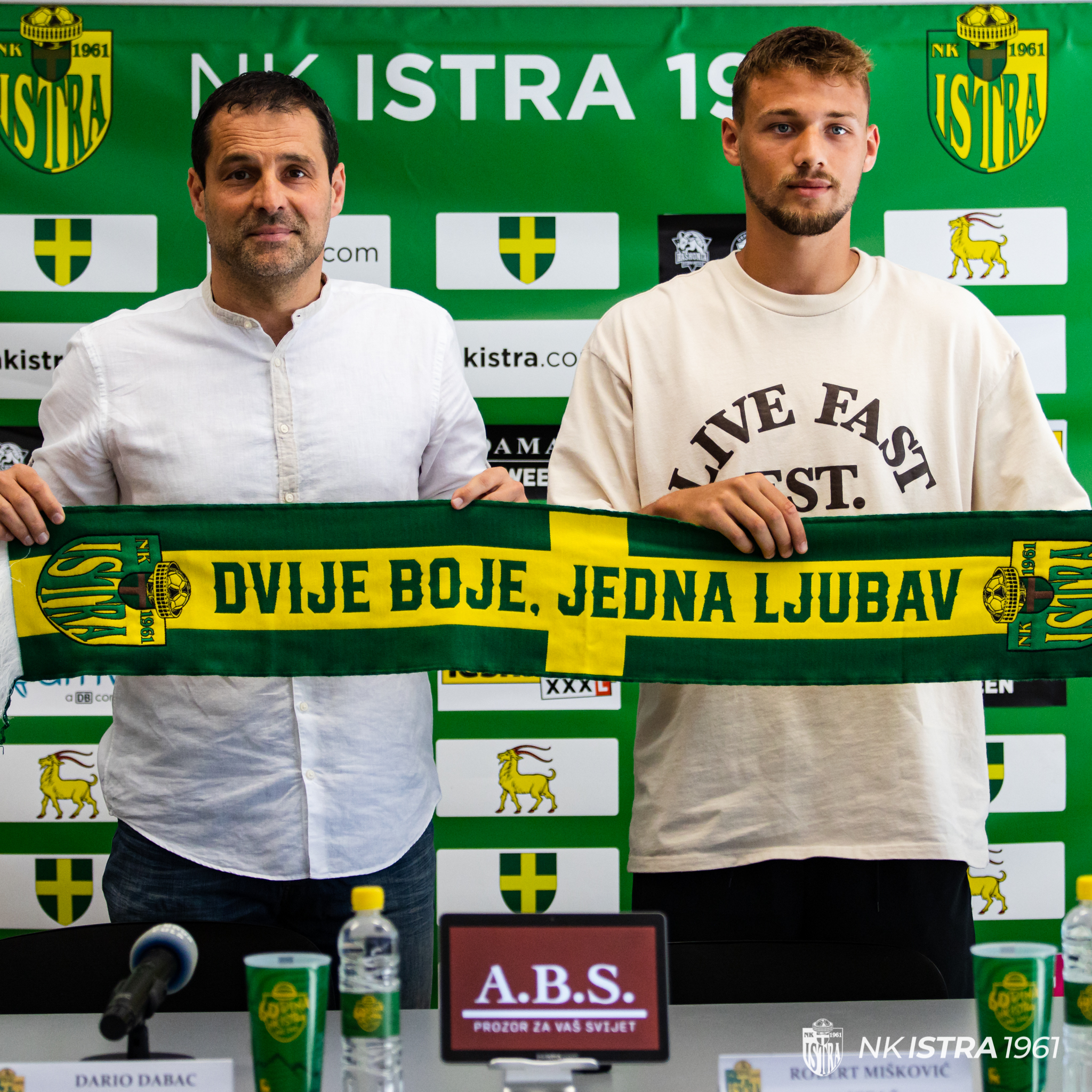 Today we presented the new player of Istra 1961 to media. The press conference was attended by the sports director Dario Dabac and the player Robert Mišković.

– Robert Mišković became our player for the next two years, with the possibility of another year. A guy who can play two, three positions, young and promising with more than 60 games in our and Bosnian league. With him we will have one player who is potent, eager to prove himself and who can increase our competition. And we are a great opportunity for him, so far everyone has seen him as a potential and talent, and I think he will get the right opportunity only now in Istra, says sports director Dario Dabac.

– Impressions are great at the beginning. The team accepted me really well, we train well and the atmosphere is good. I can’t wait for the beginning of the season to show what we can, says Robert Mišković.
#ForzaIstra