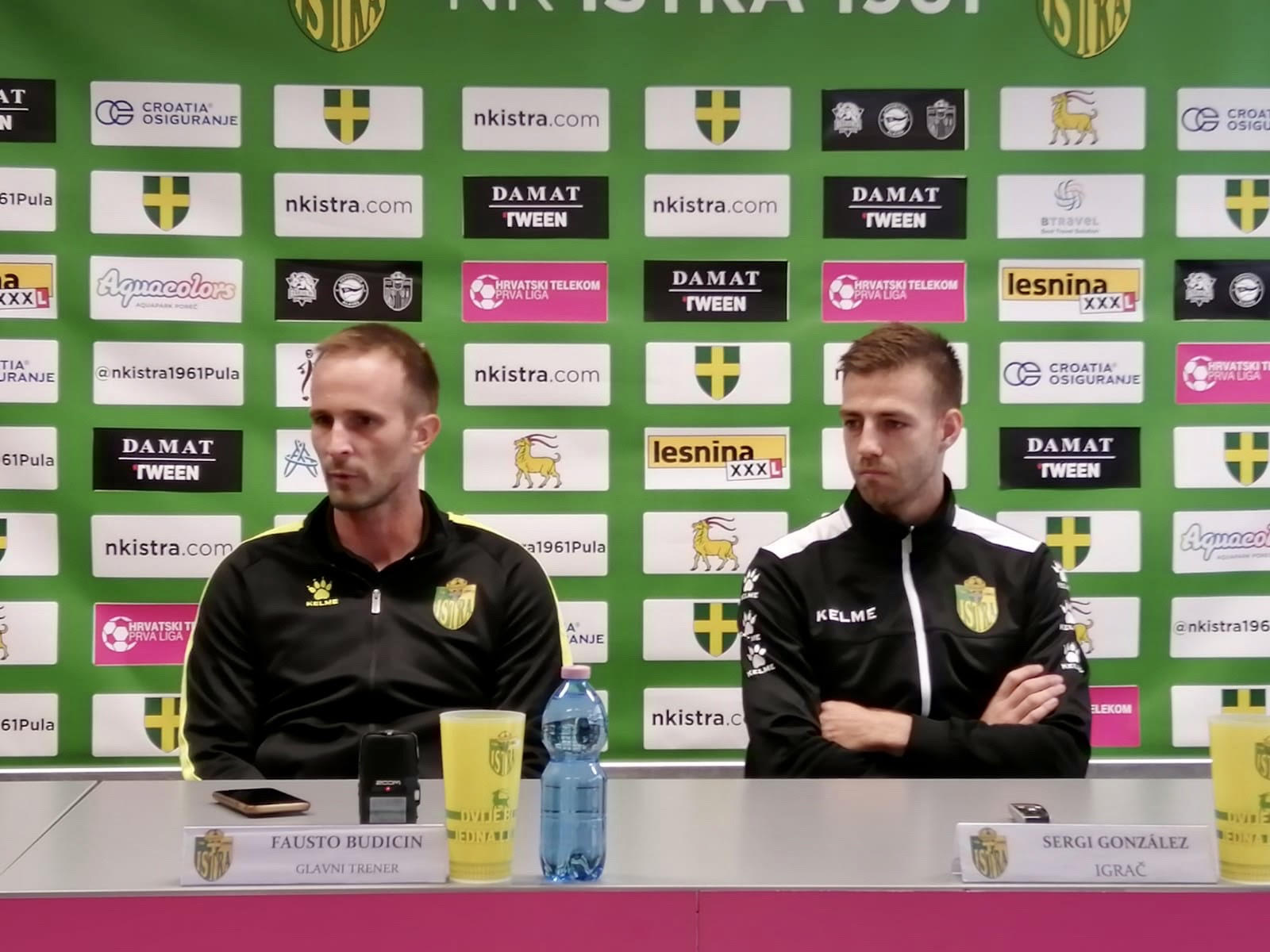 A press conference was held today at the Aldo Drosina Stadium, ahead of the match of the 8th round HT First League, between Slaven Belupo and Istra 1961. The match is scheduled for this Friday, October 16, starting at 18:00.

I think they, as a team, have scored not enough points compared to what they have shown, so tomorrow they will see the game as a kind of redemption for everything they have missed so far. I think it is imperative for them to win and to see themselves as winners, but something will be asked of us and I hope that we will be able to disrupt their plans. As for the composition, everyone is in competition, except for Tomašević, who has an injury, and Bosančić and Einar, who have tree yellow cards – says coach Fausto Budicin.

I think we have a good chance and I have positive expectations. We come with a good atmosphere after the last four games, where we drew a positive result without defeat. I hope that tomorrow will be a good and positive game for us. – says Sergi Gonzalez.