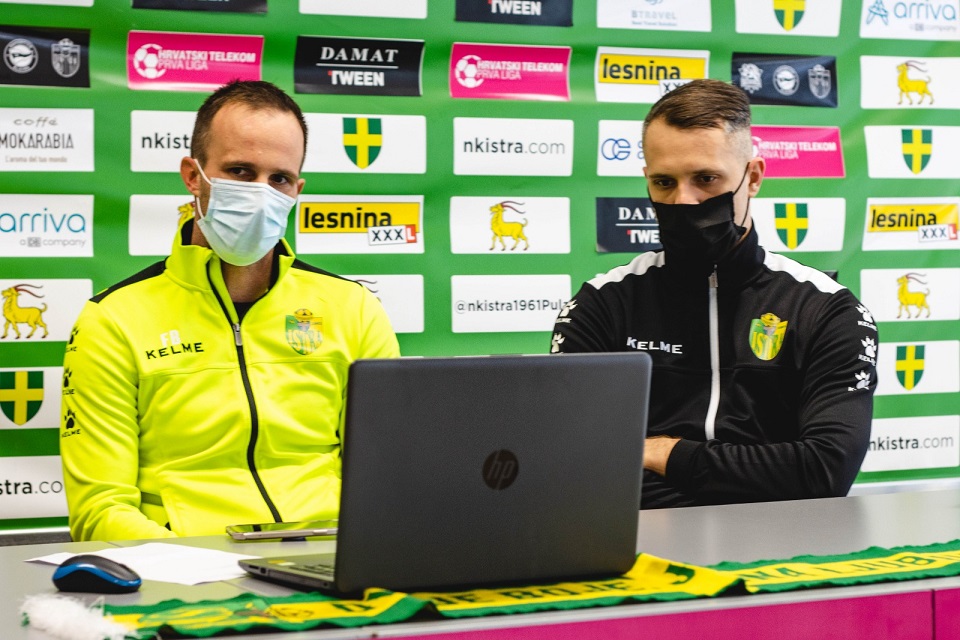 A press conference was held today before the match of the 15th round of the HT first league, between Šibenik and Istra 1961. The match is scheduled for Feb. 10 at 4 p.m.

So far we have played against teams that are much stronger than us. We played well in my opinion, unfortunately we were not rewarded with points and that certainly affected the atmosphere and self-confidence of the team. We have to switch quickly because tomorrow we will have, we can freely say, a qualifying match against Šibenik, which are the biggest surprise of the league. They play really well, coach Rendulić arranged them perfectly, they have a head and a tail and individuals who can make a difference. We are going to be maximally motivated, tomorrow is a game for real men and we will have to fight “bloodily” for points, says coach Budicin.

We have to move forward, our goal is to take points. I think we play well, we don’t take points unfortunately and there are a number of defeats, but we don’t get a lot of goals either, which also says a lot. I don’t think we need much to win, says goalkeeper Ivan Lučić.