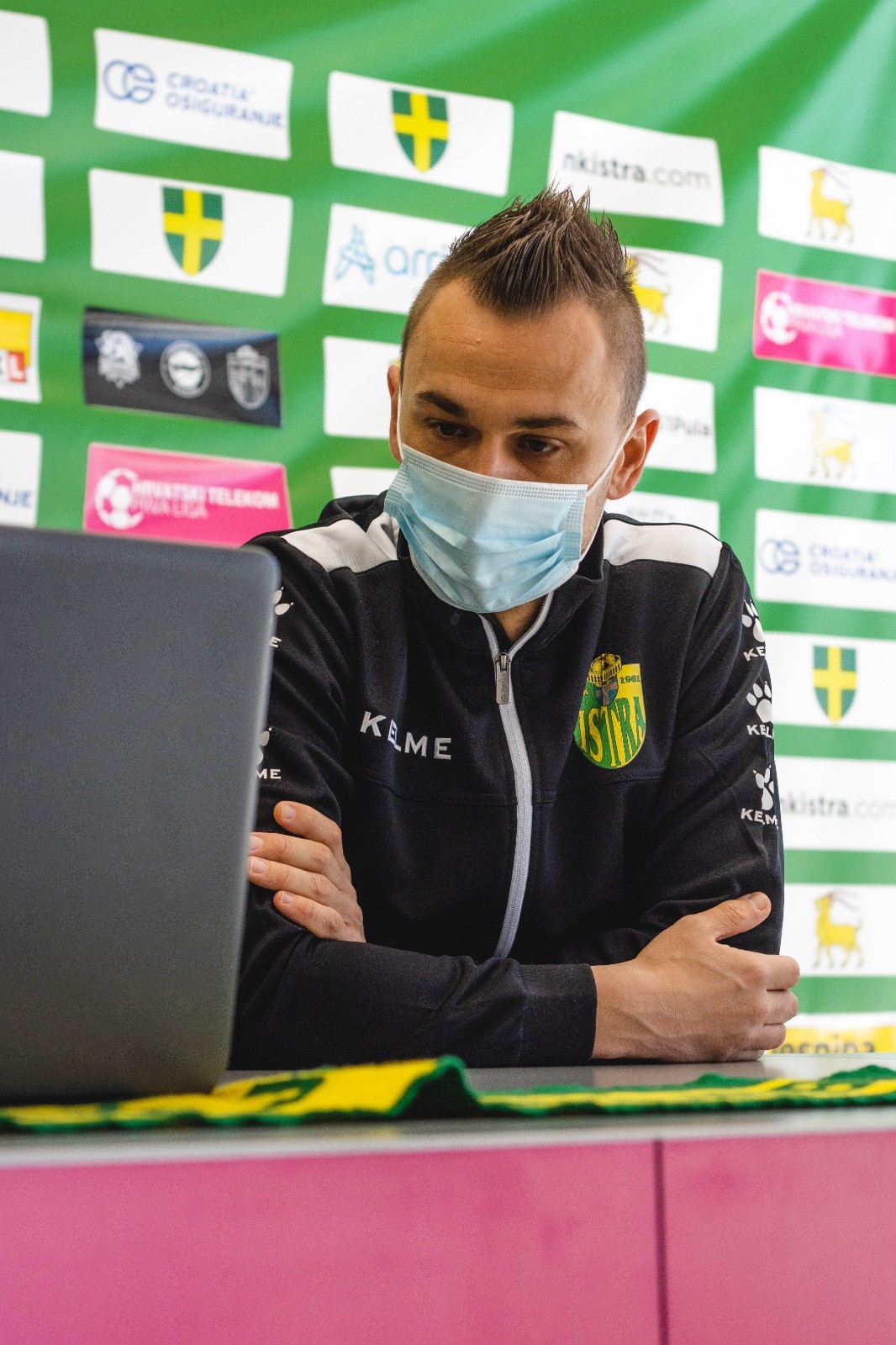 A press conference was held today ahead of the match of the 21st round HT First League between Rijeka and Istra1961. The match is scheduled for this Sunday, February 14, starting at 15:00. The press conference was attended by the head coach of Istria 1961 Danijel Jumić and player Slavko Blagojević.

The team looks good, these are all character players I’m not afraid to go into a fight with them. Today we have training, we do not have much time, but it is not an alibi, it’s the situation. Tomorrow we intend to give our maximum in Rijeka and we will try to get the best possible result. The vast majority of players are on the list, and today we will know exactly who we are taking to Rujevica. – says coach Jumić.

Tomorrow we play with Rijeka, we expect a good game and we hope to win, of course. We are going for three points and we have nothing to be wise about, we should try to win the game. We don’t have to bother with stories, only half of the championship has passed, we still have half. It’s far to talk in advance, we go game by game. We play well, now we need more goals, so we go for points. – says Slavko Blagojević.