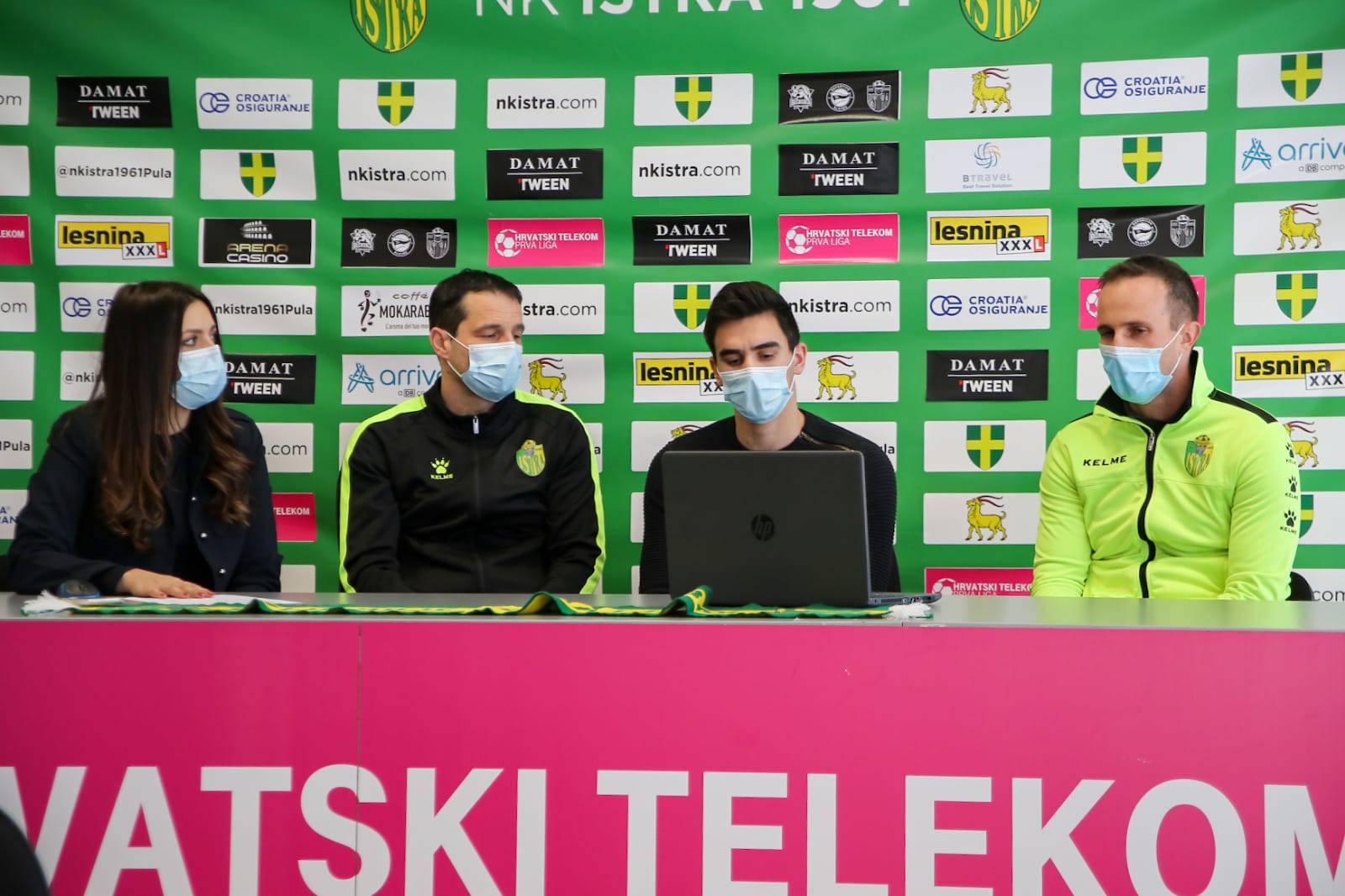 A press conference was held today ahead the match of the 12th round HT First League, between Istra 1961 and Rijeka. The match is scheduled for this Wednesday, January 27, starting at 15:00 at the Aldo Drosina Stadium. The press conference was attended by head coach Fausto Budicin, player Josip Šutalo, and joined by sports director Dario Dabac, who introduced the new player on this occasion.

Coach’s statement before the match with Rijeka:
“We all know the quality of Rijeka, lately they have an excellent tradition on Drosina, so it comes to them practically as home ground. I believe that they will be maximally motivated, especially after the lose from Varaždin. As far as we are concerned, we are in a good psychological moment. Unfortunately, we have certain problems with putting together a team due to injuries and illness. I am waiting for today’s training and then I will make a decision on who will run in the derby tomorrow. This match means a lot to us as well as to our fans, so we want to achieve a positive result. ” says coach Budicin.
#ForzaIstra