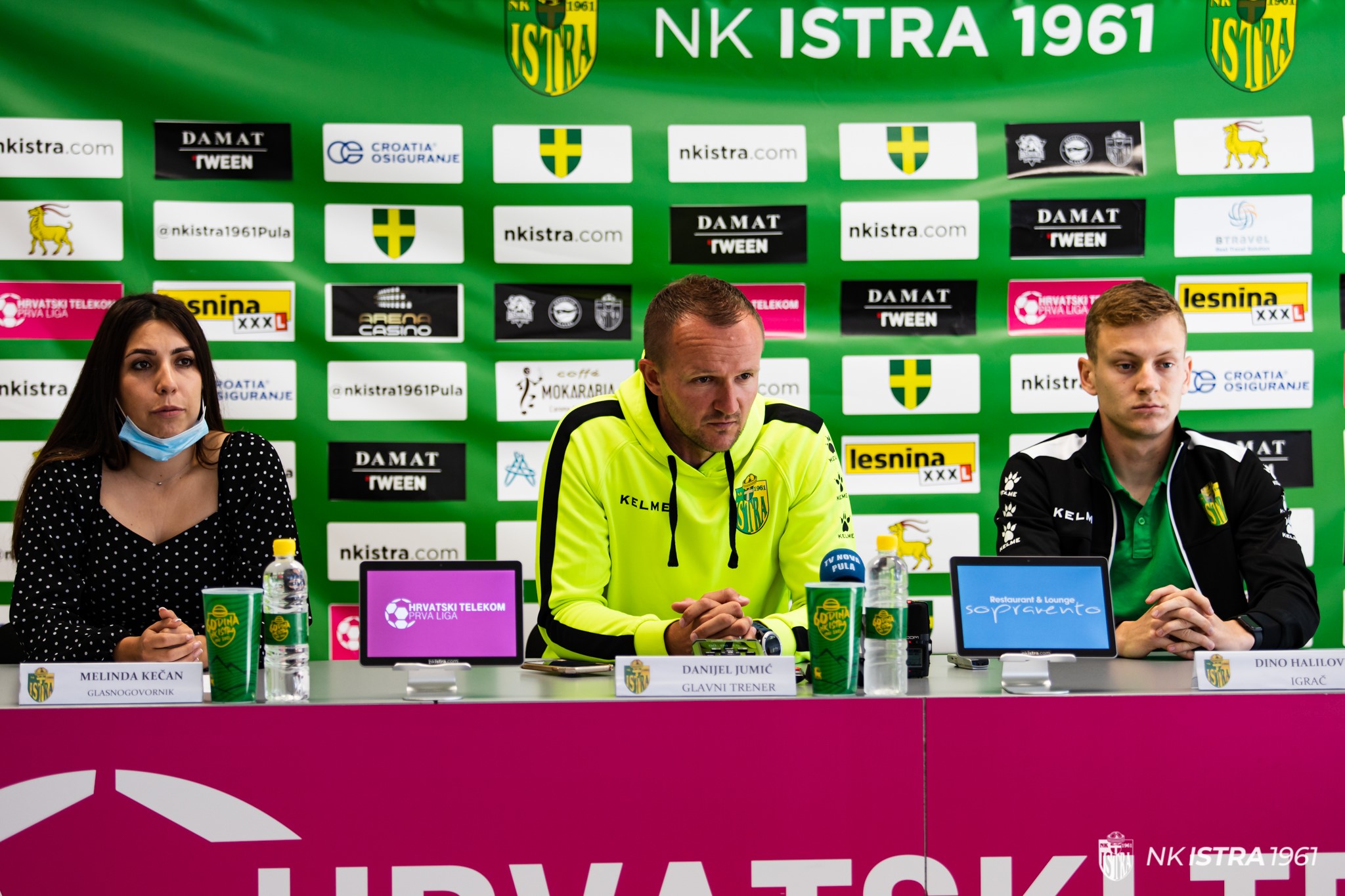 A press conference was held today before the match of the 35th round of the HT First League, between Istra 1961 and Slaven Belupo. The match is scheduled for May 15 at 17:00 at the Aldo Drosina Stadium.

I think the most important thing is that we have a good rest from the last game, recovered well and that we will be ready for tomorrow’s game. Apart from the players who were injured in the last game, and Blagojević, who has yellow cards, Tomašević received a hit and is also questioned. Everyone else is fine, ready for the game. That it will be easy, it won’t. We are all aware of that. But still, a lot will be asked of us, we have to stay on the trail of the second half of the game against Lokomotiva, be even better, more concentrated, look to use the slightest chance, and win, says coach Jumić.

We should not run away from the fact that tomorrow is a key game for this season, but I also think that we players and the professional staff know best how much we have been giving to this every day in training and analysis every month for the last few months. I firmly believe that tomorrow we will lower our hand and win, ensure that we stay in the league, says Dino Halilović.