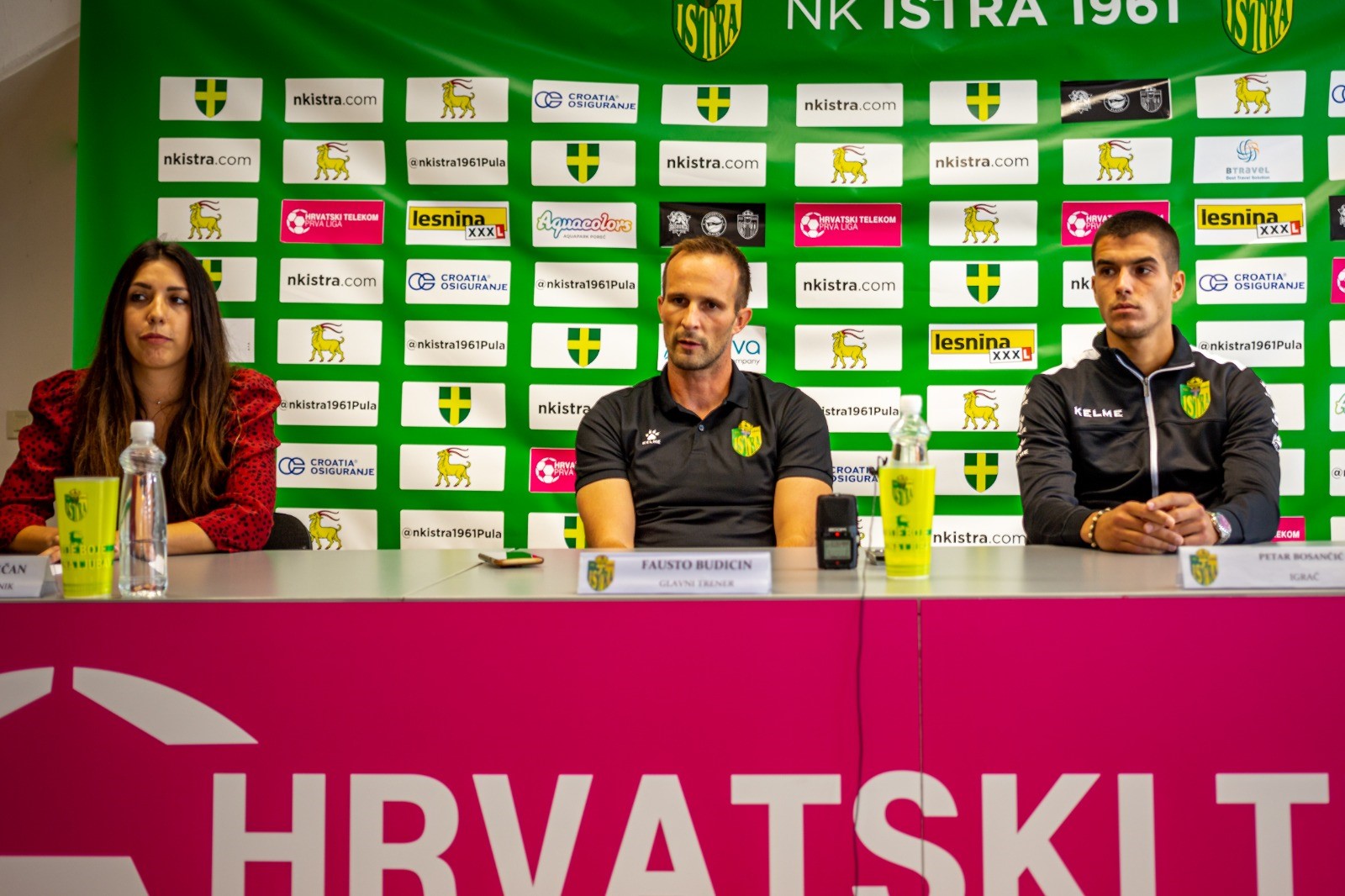 A press conference was held today ahead of the match of the 7th round of the HT First League, between Lokomotiva and Istria in 1961. The match is scheduled for this Friday, October 2, starting at 6 p.m.
The press conference was attended by head coach Fausto Budicin and player Petar Bosančić.

Lokomotiva sees tomorrow’s game as an escape from the last position. They have a good experience in the matches against Istria and are counting on three points, but we will also be asked something. I think that we will be ready for the opponent mentally and physically, and that tomorrow will be an interesting match. We will do everything in our power to come back with a positive result. – says coach Budicin.

The atmosphere in the team after the victory at Drosina and after one point in Gorica is very good! We train well. We are motivated and ready to repeat a good result tomorrow in Zagreb. – says Petar Bosančić.