Press conference: Gedeon Guzina is the new player of Istra 1961 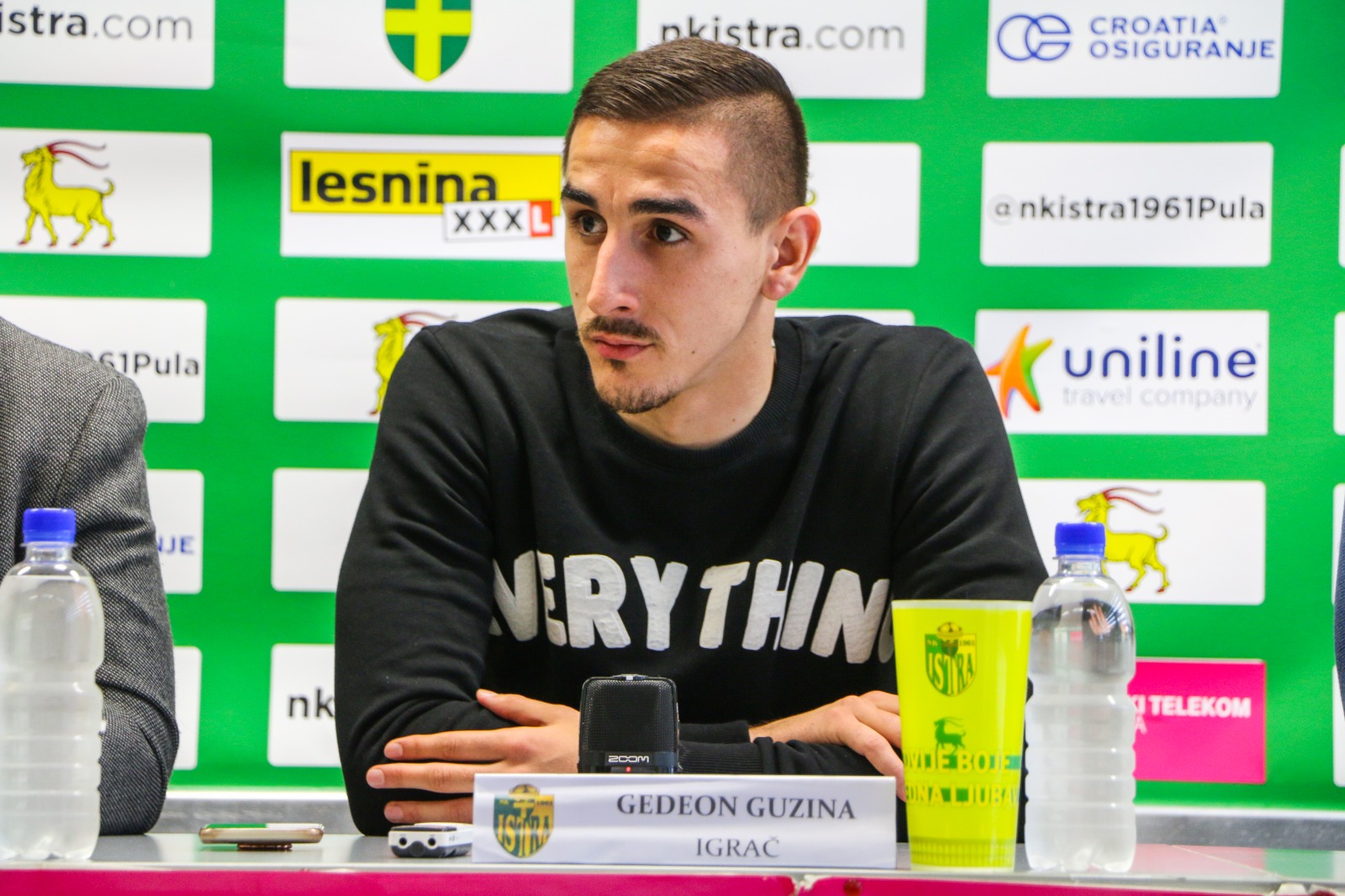 Gedeon is a striker with plenty of experience, has played over 40 matches in FC Mladost Doboj Kakanj. We are happy that he is with us, he wanted him to come to Istria. We will use his qualities and we are sure that he will help us in the championship. – says sports director Javier Moran.

I’ve been here for a few days now and had the opportunity to watch even the championship game. Nice stadium nice environment, the guys in the team are great and they received me nicely. – says Gedeon Guzina.