Press conference day before the match with Lokomotiva 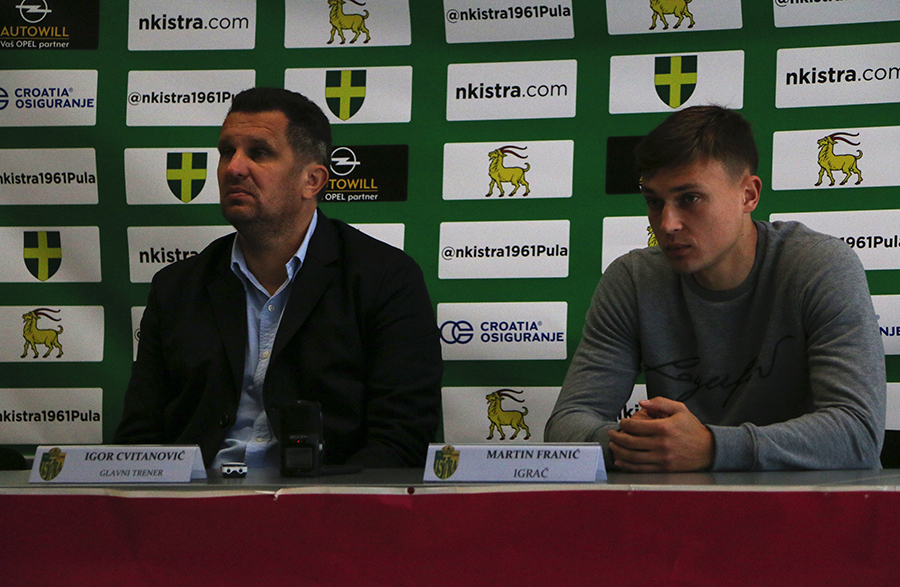 A press conference was held because of tomorrow’s match against Lokomotiva. Coach Igor Cvitanović and player Martin Franić attended the conference.

“It will be a very demanding match against the team that can we very troublesome. I expect a repeated and good match in terms of engagement and aggression, after all, we hope we will do the same job as with Osijek. – coach Cvitanović  replied to question what he expects from tomorrow’s match.

Player Martin Franić stated: Both teams need points so we have to give our best in the game . If we repeat the previous match against Osijek, we have nothing to fear about.