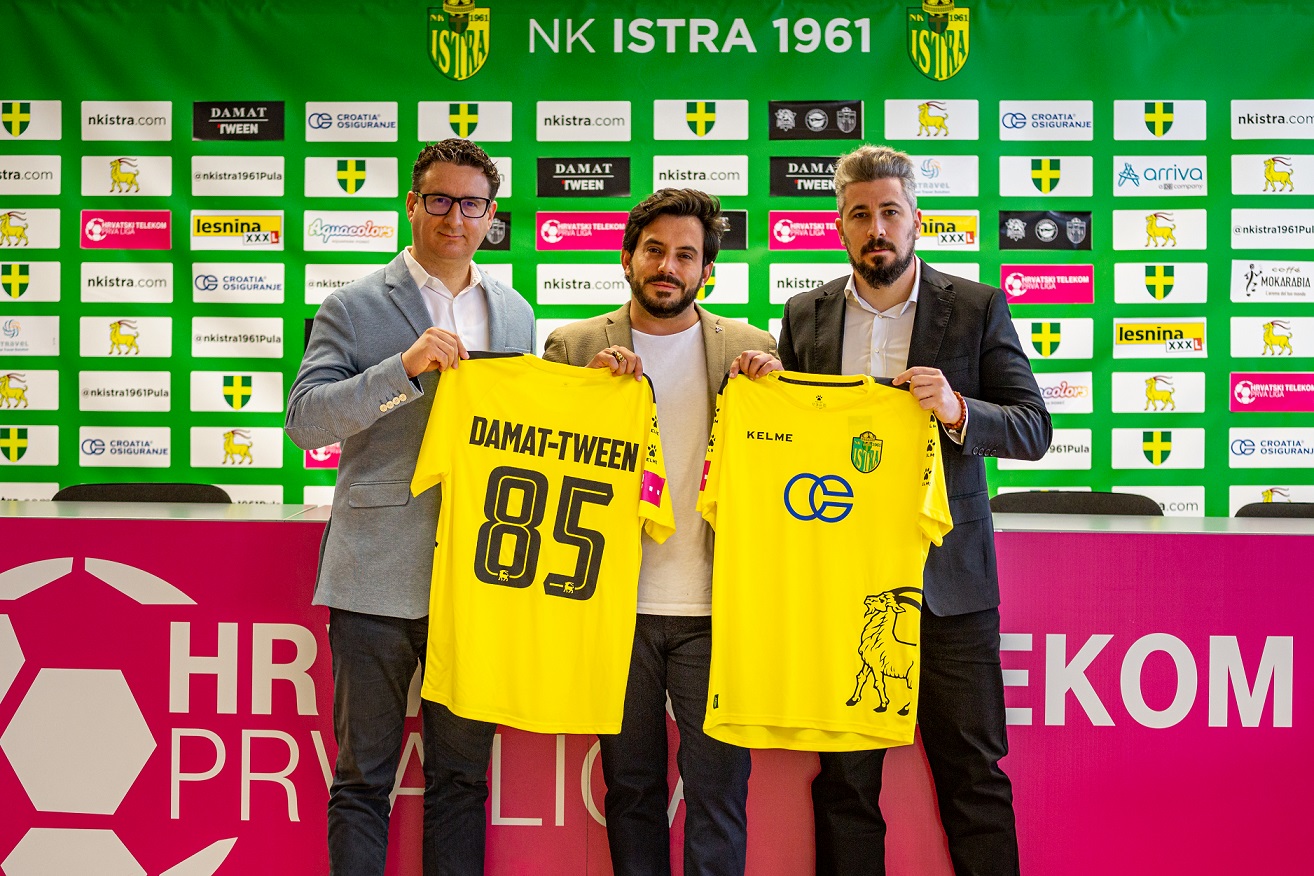 Fashion brands Damat and Tween, part of the Orka Holding group that are the sponsors of Deportivo Alavés and collaborating with TD Systems Baskonia, continue to support the Basque sports group by accompanying it in its new international projects.

Part of this new international projects is Istra 1961, with which the fashion brands Damat and Tween signed an agreement today, that makes them the official sponsors of the club! Under the agreement, they will dress the players, coaches and management team.

The agreement on cooperation and signing of the agreement was attended by the director of marketing and communications of Orka Holding Iván Paradelo, the president of the Istra 1961 club Branko Devidé, the executive director Mikel Lauzurica and Haritz Kerejeta, the general director of the Baskonia – Alavés Group. The presentation was accompanied by the players of Istria 1961 Einar Galilea, Rafa Páez, Vice Miljanić and Lovro Majkić.

In this way, Orka Holding, with 420 own stores, 1000 points of sale and a presence in 85 countries, through the support of the football club Istra 1961 enters a new market, with the possibility of expansion and new investments.

More about the Damat and Tween brands

Since 1986, the Damat and Tween brands have been dressing men in all styles of urban clothing, offering top quality designs at the most competitive prices in the fashion sector.
Orka Holding’s commitment to sports is more than obvious, and the list of sports clubs and associations it supports includes the Technical Committee of Judges of the Spanish Federation, the Turkish national team, the Macedonian team, the Azerbaijani Club Association, Trabzonspor, Fenarbahçe, Galatasaray and Deportivo Alavés. As far as basketball is concerned, there are teams like Fenarbahçe, Fortitudo de Bologna, and more recently BC Zenit from St. Petersburg. They also sponsor other sports such as Rally Italia or Rally de Vermentino.

We are looking forward to the new cooperation and we are proud that Orka Holding is our new partner!
#ForzaIstra