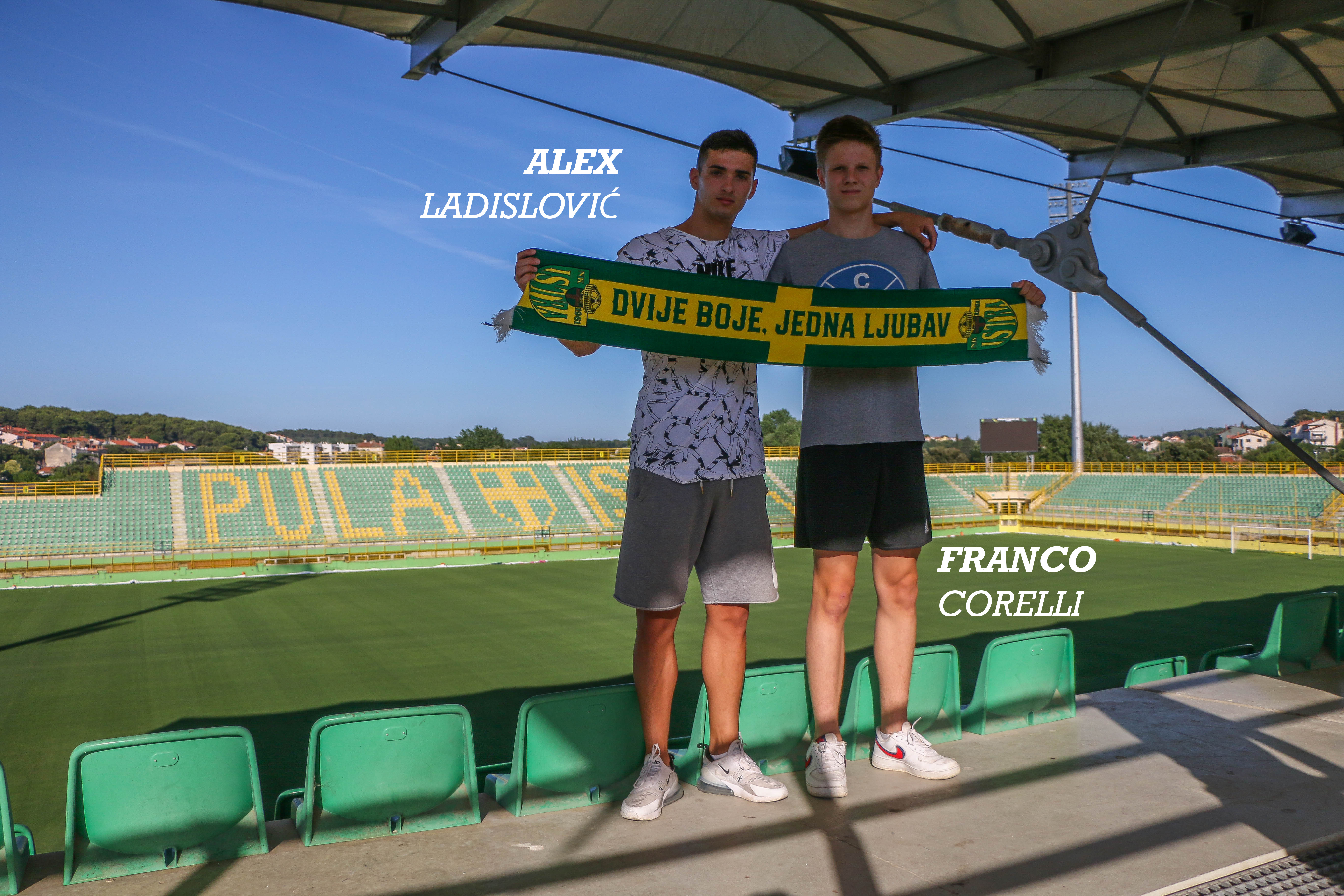 Franco Corelli was born in 2005 and started his football career at the football school ” First Goal
” Rijeka, after which in the first month of this year he came to Nk Istria to play as a stopper.

Alex Ladislović from Pula was born in 2002 and has played for Nk Istra 1961 since he was 14. For the
next two seasons he will take the left-hand position in the Junior Team.