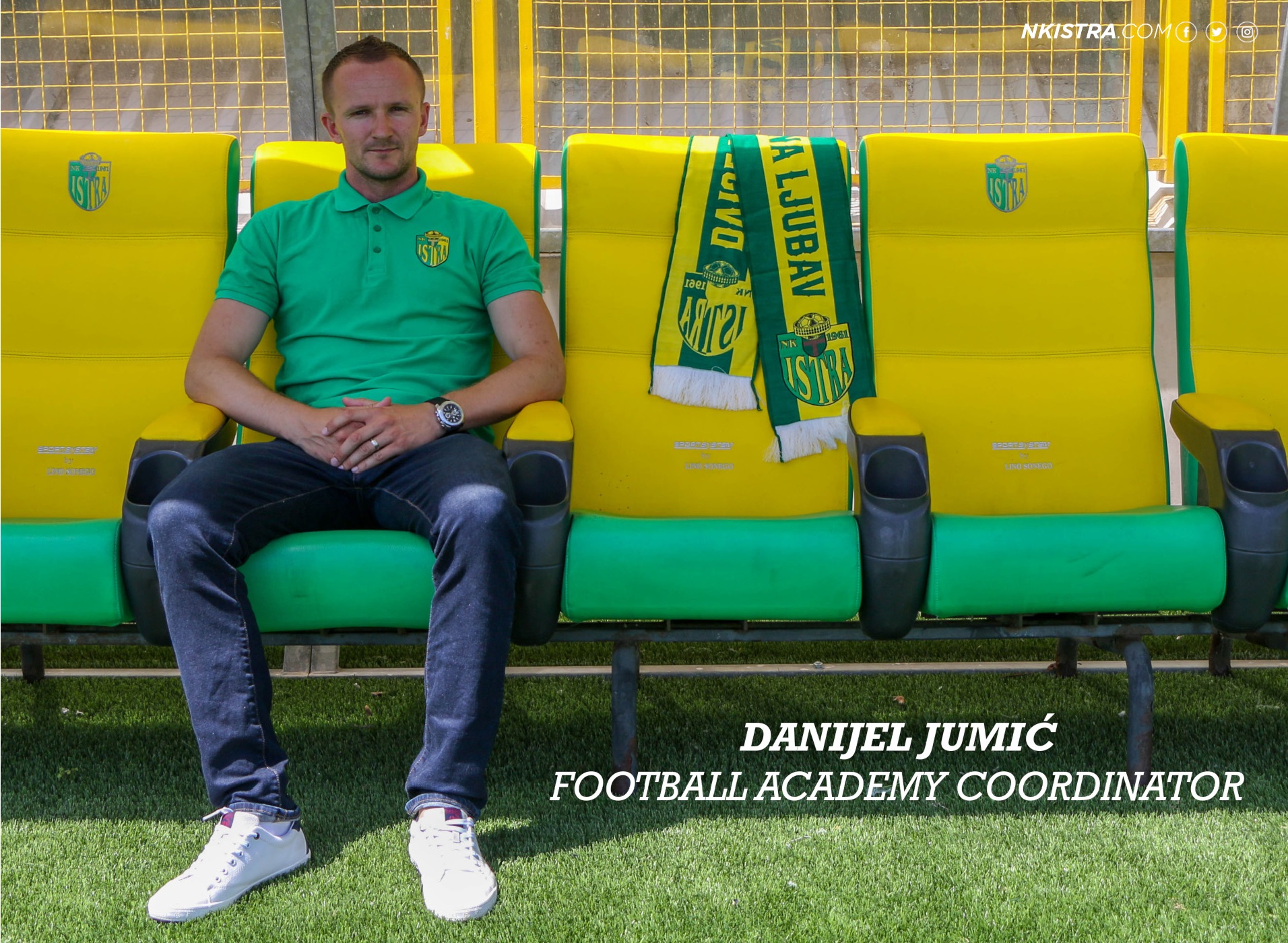 Former player of national team of HNS U-17 and U-18, he started his career in Poreč. After Poreč, he played for Varteks Varaždin, NK Rijeka, Kopar, FC Kelag Karnter, DAC Dunajska Streda and FC Vllaznia Skadar.

Danijel’s career as coach followed after his football player career. Danijel has spent the past six years in NK Jadran Poreč, where he was a team coach of football school of U-15 Football. Also, for two and a half years he was a coach of the senior team competing in 3rd HNL West.

Jumić says that his previous experience will help him in implementing new ideas in running the youth academy of football in NK Istra 1961, and the goal is to raise the school to a higher level. This opportunity sees as the challenge and accepts a function that is very important and responsible – career breakthrough.