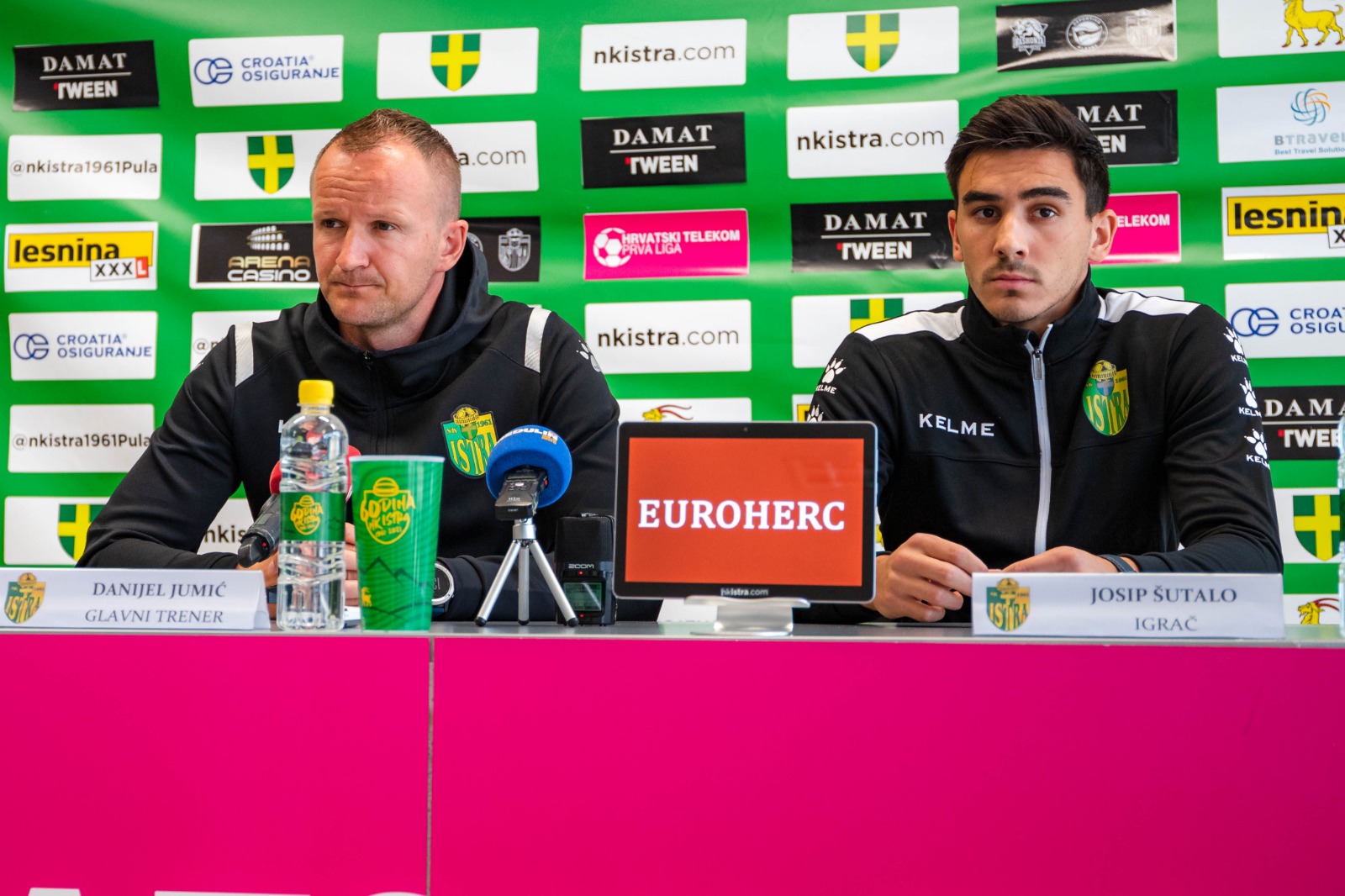 A press conference was held today ahead of the semifinal match of the Croatian Football Cup, between Istria 1961 and Rijeka.
The match is scheduled for April 14 starting at 6pm at Drosina.

The semifinals of the Cup are ahead of us! The players deserve it, it’s one kind of reward for the whole season. It was not easy to reach the semifinals, we have a quality opponent and certainly a demanding match, for which we will do everything to be ready and get to the finals, says coach Danijel Jumić.

We are aware of their quality, but I also think that they are aware of how good we are, which we have shown through our games. We also showed against them in Rujevica that we can deal with them, so it is one game and we are going for everything, we are going to win!, says Josip Šutalo!
#ForrzaIstra