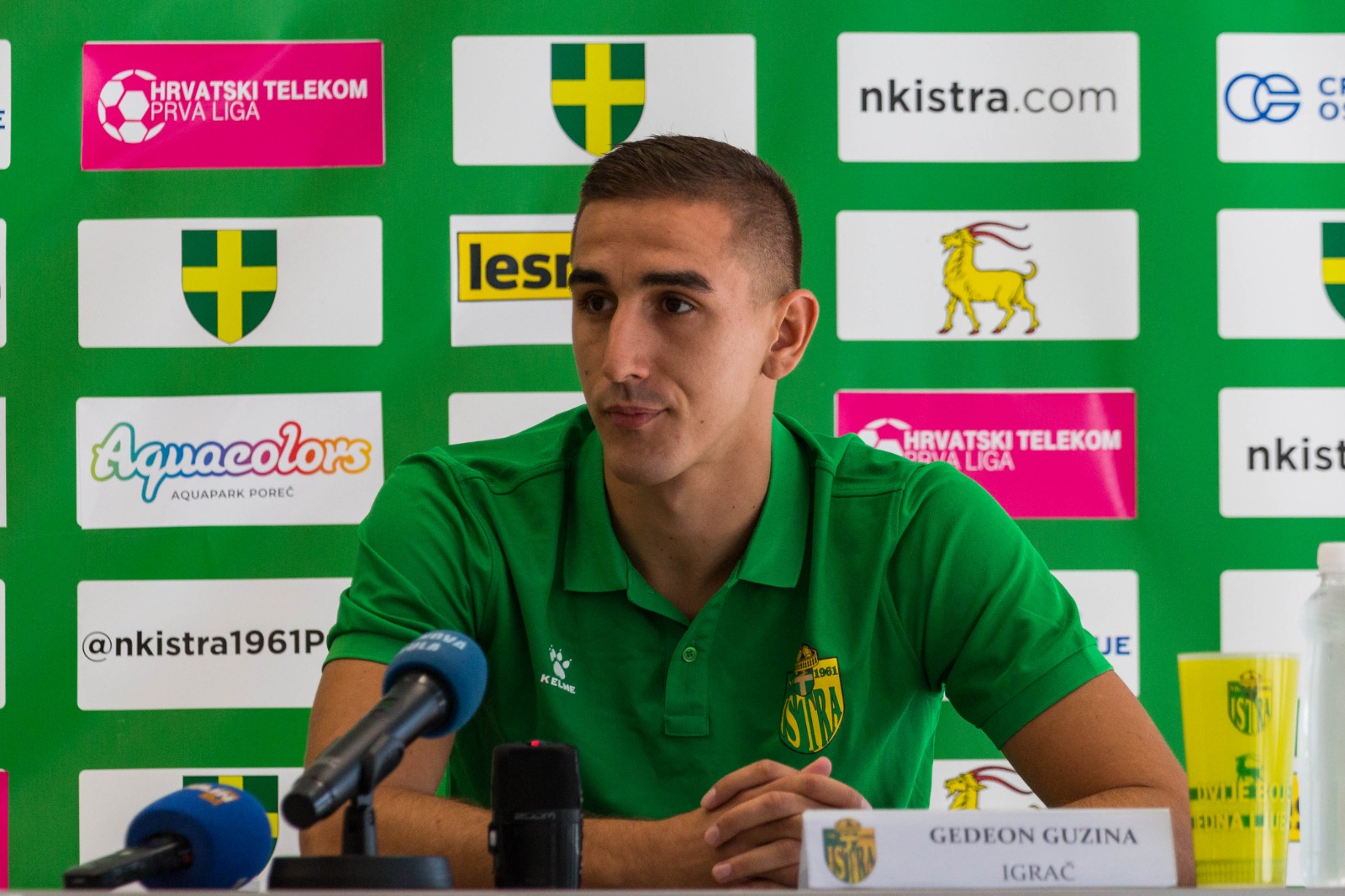 A press conference was held today ahead of the match of the 36th HT First League, between Rijeka and Istra 1961. The match is scheduled for this Saturday, July 25 at 9:05 p.m.

The press conference was attended by the head coach of Istra Ivan Prelec and the player Gedeon Guzina.

The last championship game, similar to the previous two – there is no result significance for us, we cannot change the situation, but it is important because of self-confidence. We are playing against Rijeka, which has a good chance to secure second place, so we certainly have a demanding match ahead of us. We will give our maximum and then concentrate on the match against Orient. – says coach Prelec.

After the last game with Dinamo, we showed that we can play with everyone. I think that the atmosphere in the team is very good and that we will do our best in Rujevica to play the game as well as possible and to enter the match with the Orient in the best possible mood – says Gideon.