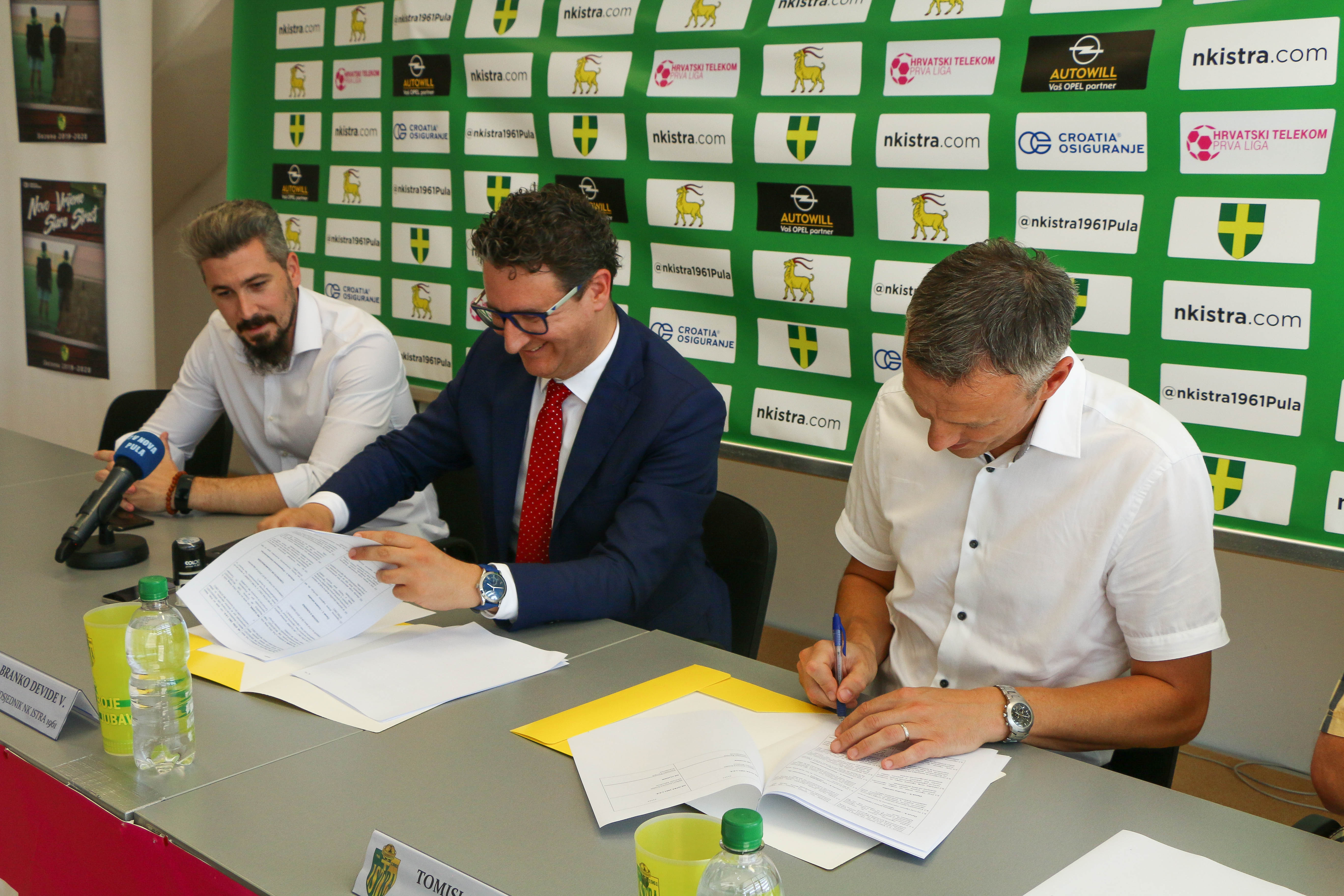 Today, a press conference was held at Aldo Drosina due to signing an agreement between NK Istra 1961 and NK Uljanik.

This contract represents a cooperation within both clubs. The sports plan is an opportunity for exchange of players, marketing cooperation, and many other potential actions. It’s a three-year contract “says president of NK Istra 1961 Branko Devide Vincenti.

“We all have the same goal, which is to promote Pula as a football city, and cooperation between clubs. We have been cooperating well so far, and now it is formal.” says Tomislav Černjul.