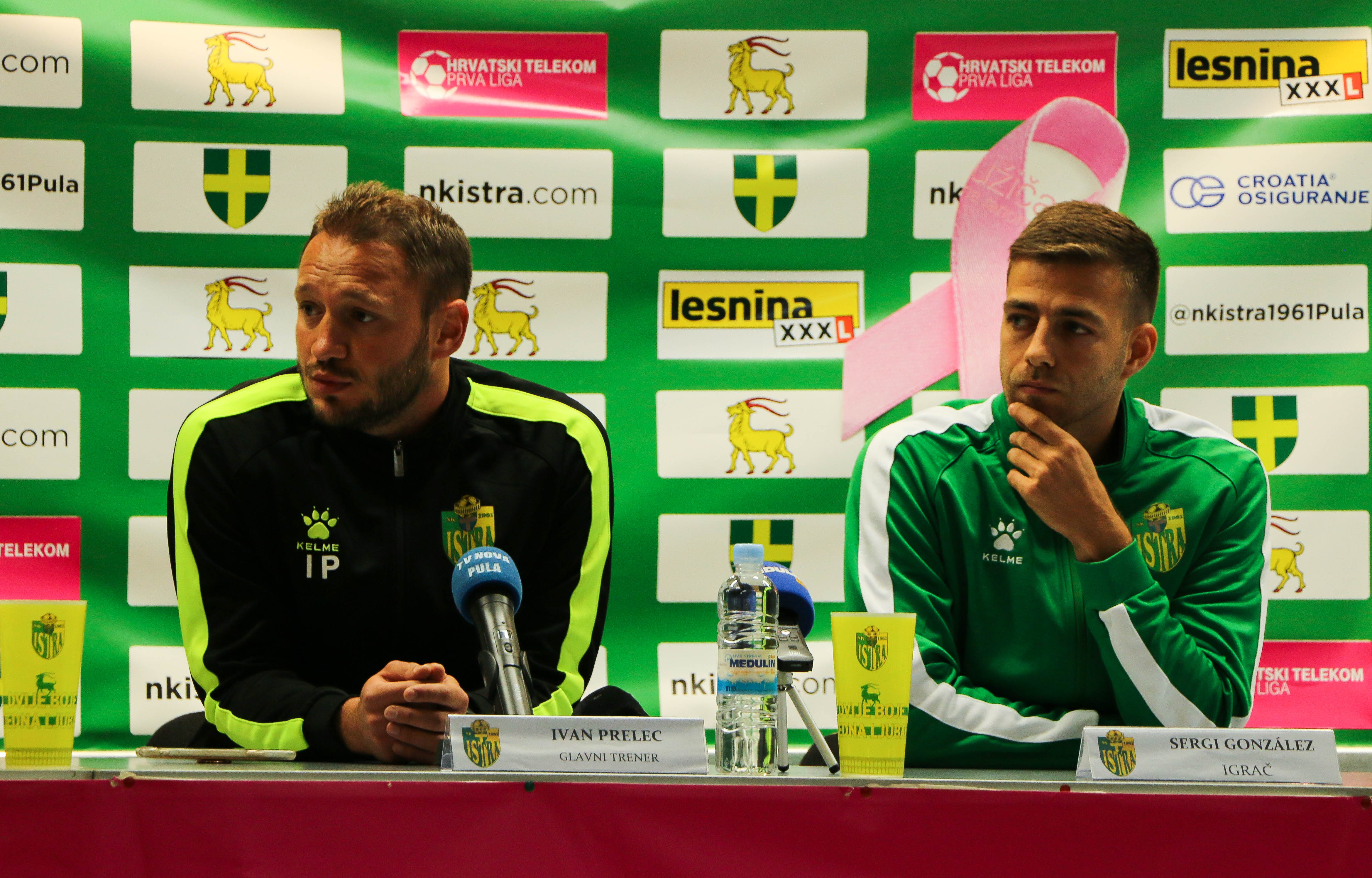 A press conference was held today ahead of the match of the 2nd round of the Croatian Cup, between Istra 1961 and Inter Zapresic. The match is scheduled this Wednesday at 4pm, at Aldro Drosina City Stadium.
Head coach Ivan Prelec, player Sergi Gonzalez and team manager Davor Radmanovic attended the press conference.
“We want to go into the next phase of the competition no matter who we play against. An inter Zapresic team is just as strong as we are, and I hope we will be the ones going forward.” says Coach Prelec.
“It’s going to be a complicated game, it’s a cup and anything can happen. We’ll do our best to move on,” says player Sergi Gonzalez.
29/10/2019
Share
Share on FacebookShare on Facebook Share on LinkedInShare on LinkedIn Share on WhatsAppShare on WhatsApp TweetShare on Twitter
Go to Top